I find wireless phone chargers to be convinient compared to using a cable. However, the need to position a phone, especially before going to sleep, is a bit irritating. I’m aware that docking stations with wireless charging capability exist, but they weren’t something that I had in my mind. They have an incline which makes them bulky, and it is still necessary to kind of position the phone in one dimension. Also, I can’t imagine having something like this being mounted on the wall.

So, what do we do when we can’t find a product that would satisfy us? Of course we 3D print one! I have decided not to get into electronics this time and just bought 2 LIVBOJ wireless chargers at IKEA, which are a bargain at 5$ a piece. They are made in a regular cylindrical shape, which makes it easy to integrate them.

When it came to 3D printing, I happened to have a ColorFabb WoodFill filament laying around, which I couldn’t find any use for. The print turned out pretty good, looking something like machined MDF from a distance. The two sides are connected together with two M3 screws and nuts. Later on, it has been decided not to use screws to attach the holder to the wall, hence the hook-and-loop like tape in the corners.

I made the 3D model in Fusion 360 and it is optimized for the Pixel 3 XL phone. Smaller phones will fall out, but it should be easy to adjust in the model. Two sides are assymetric, with the intention to have a gap hidden. 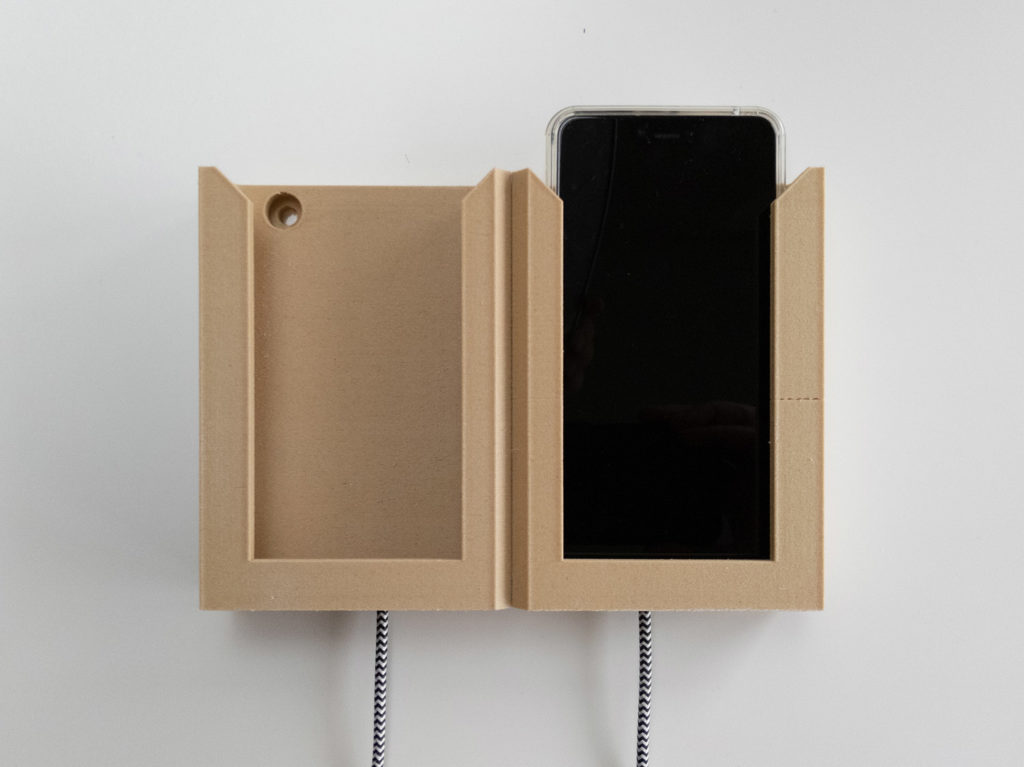 Great that I was not the only one thinking of this 🙂 Thanks a lot for sharing!

I will try to adapt it for the iPhone as I am trying to build something like this for 2 iPhones for the Kitchen area.