I have been using my 3D printed wireless phone charger stand for couple of months now. It has two IKEA LIVBOJ 5W Qi chargers, and of them decided to make some smoke. It took me some time to figure out where does the burning plastic smell comes from.

Of course I couldn’t wait to disassemble the charger to see what has happened in there! 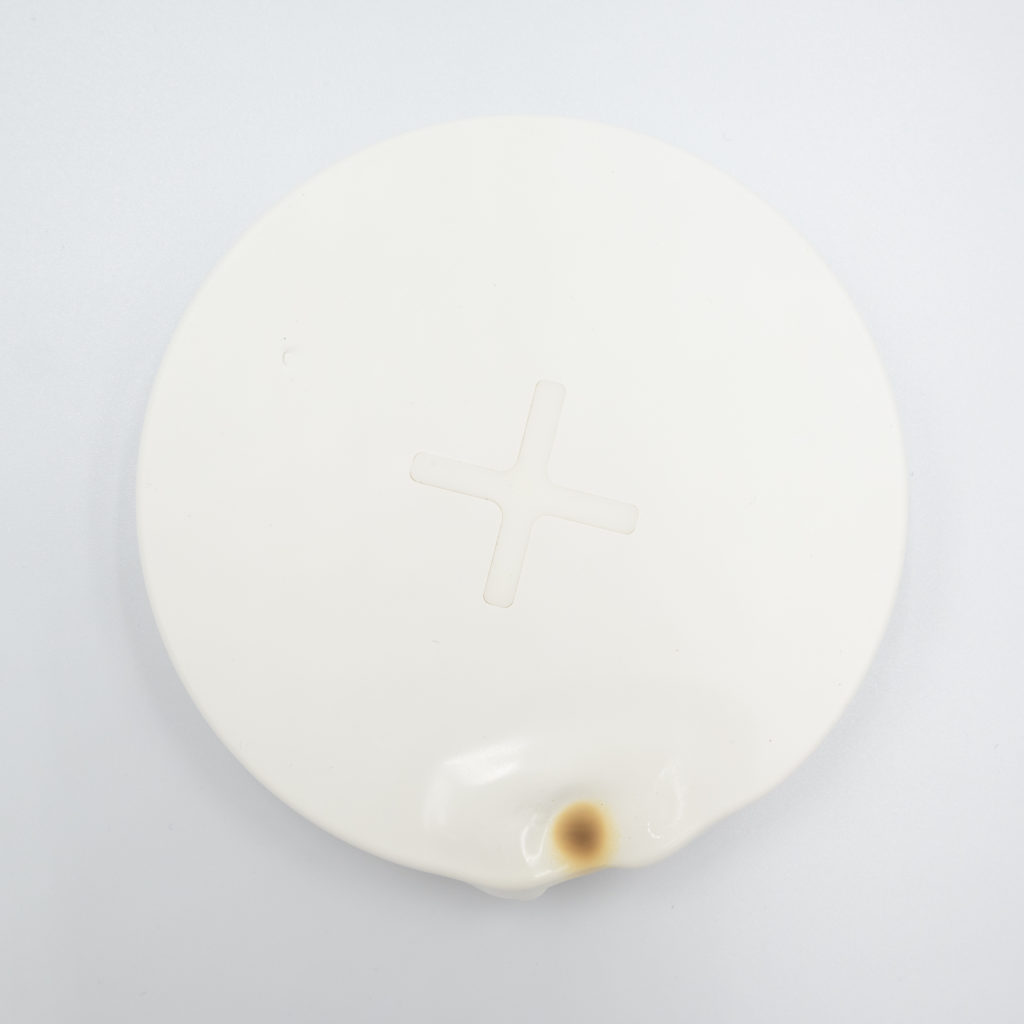 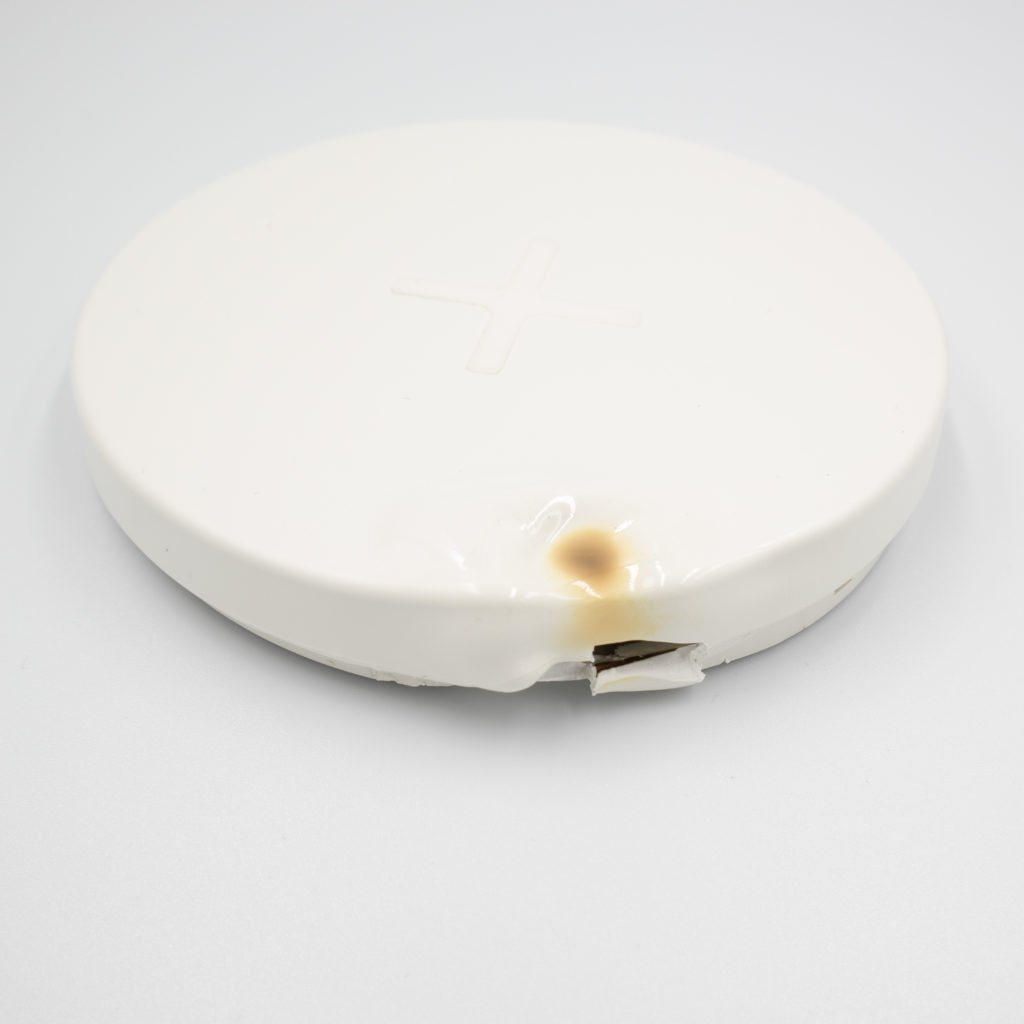 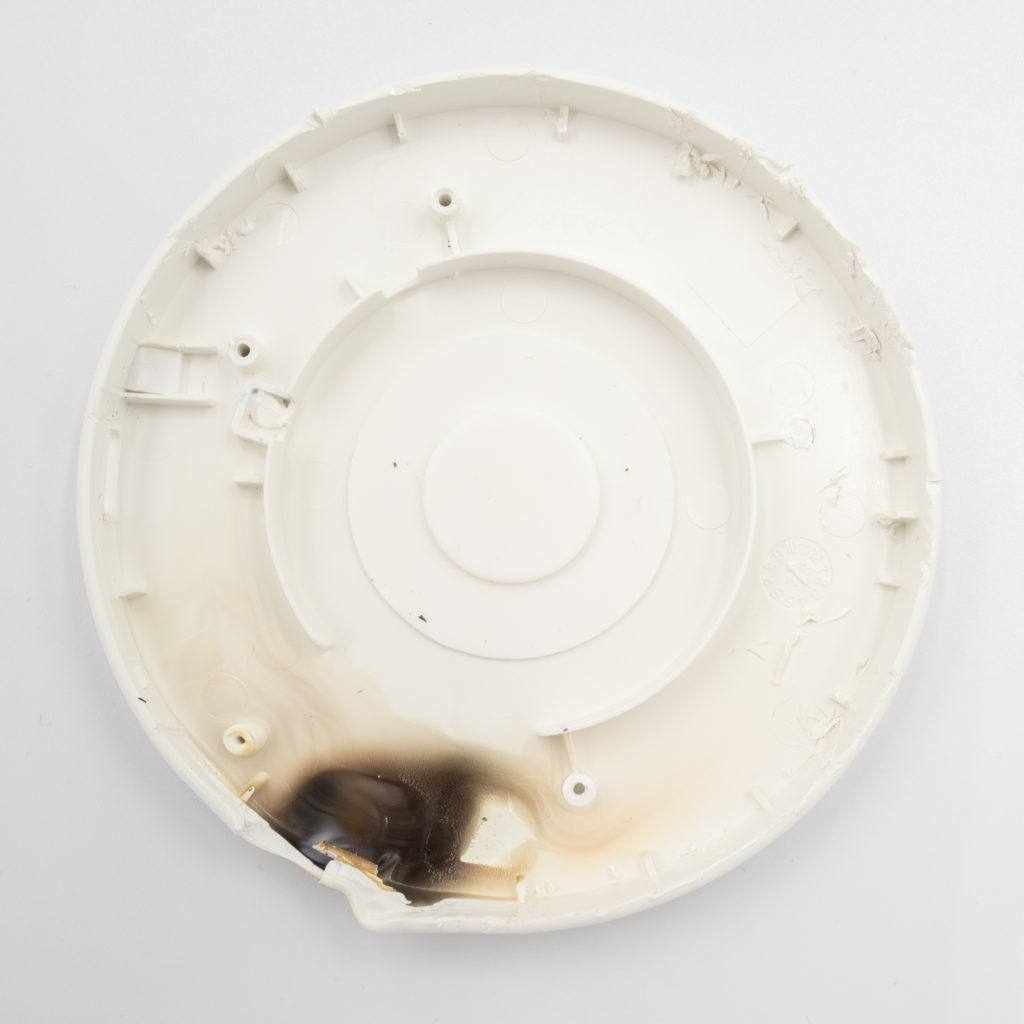 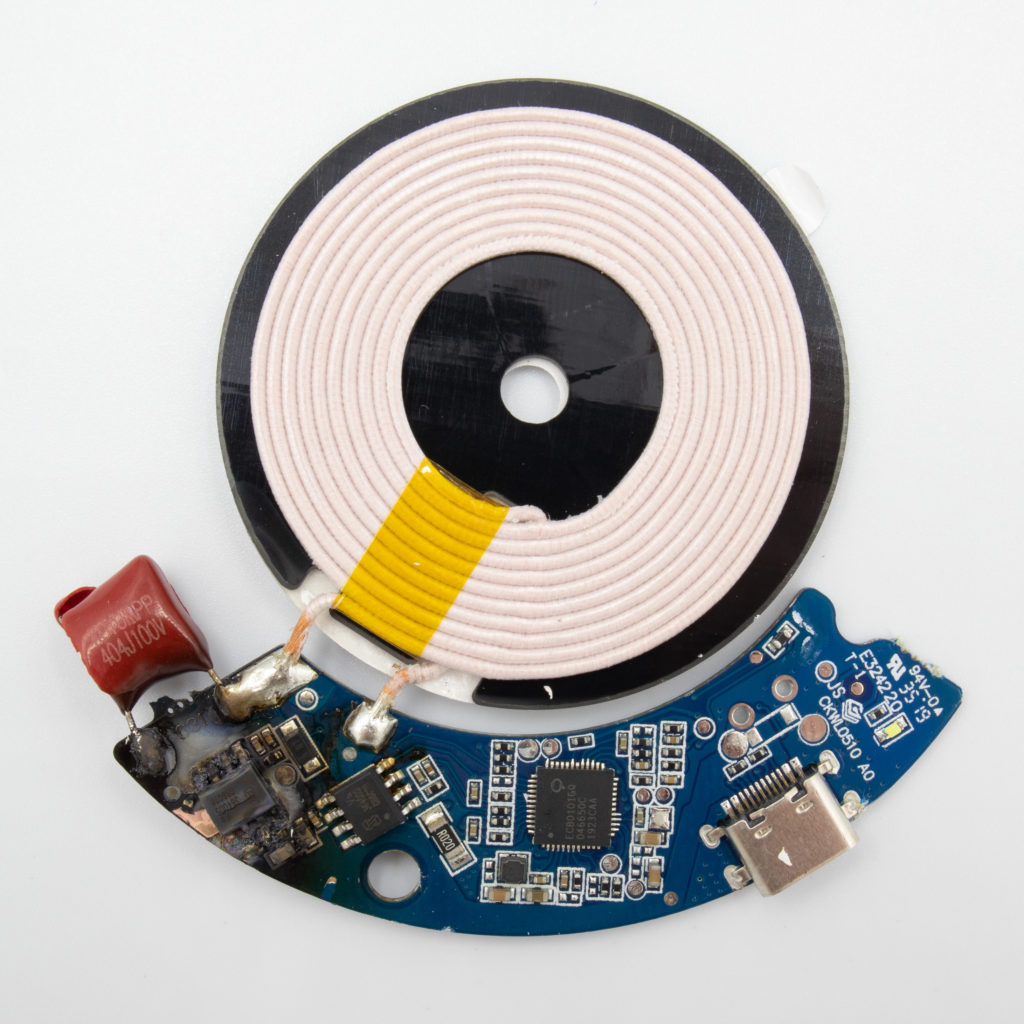 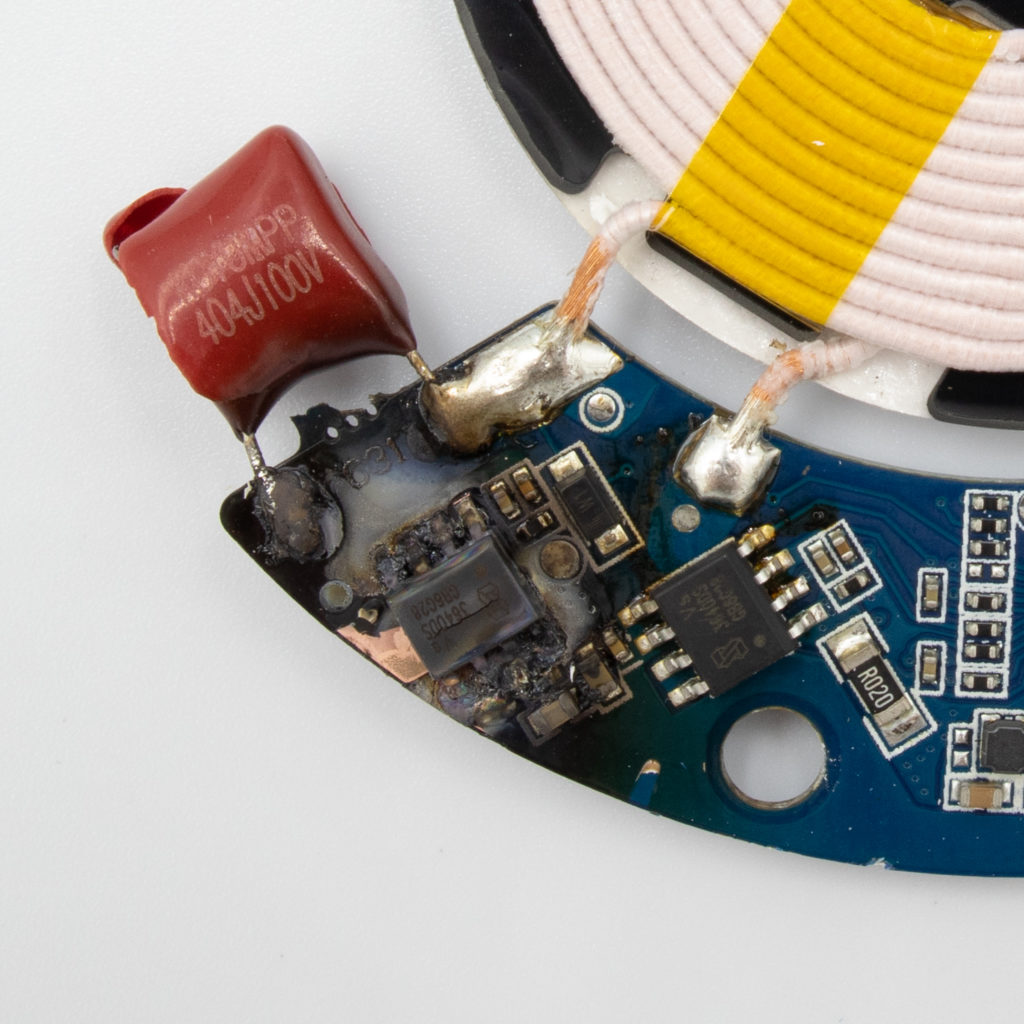 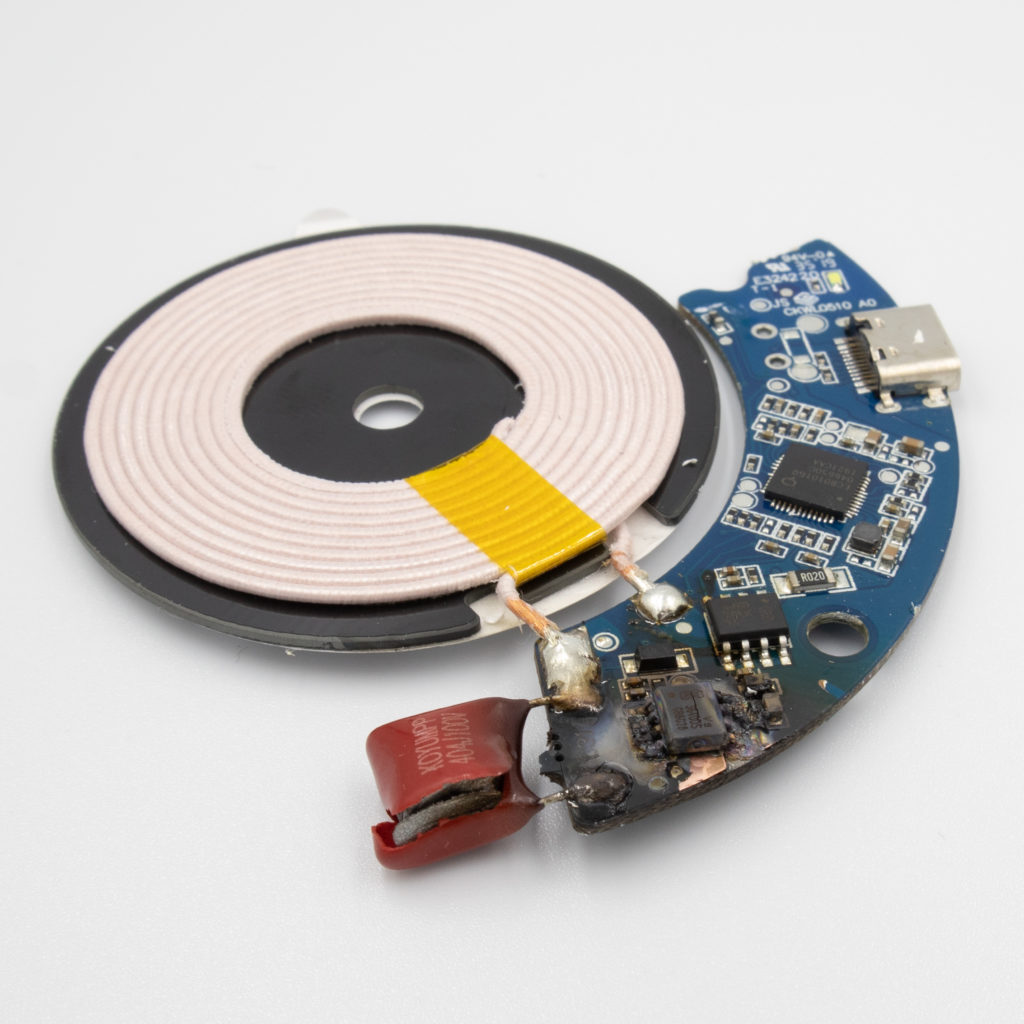 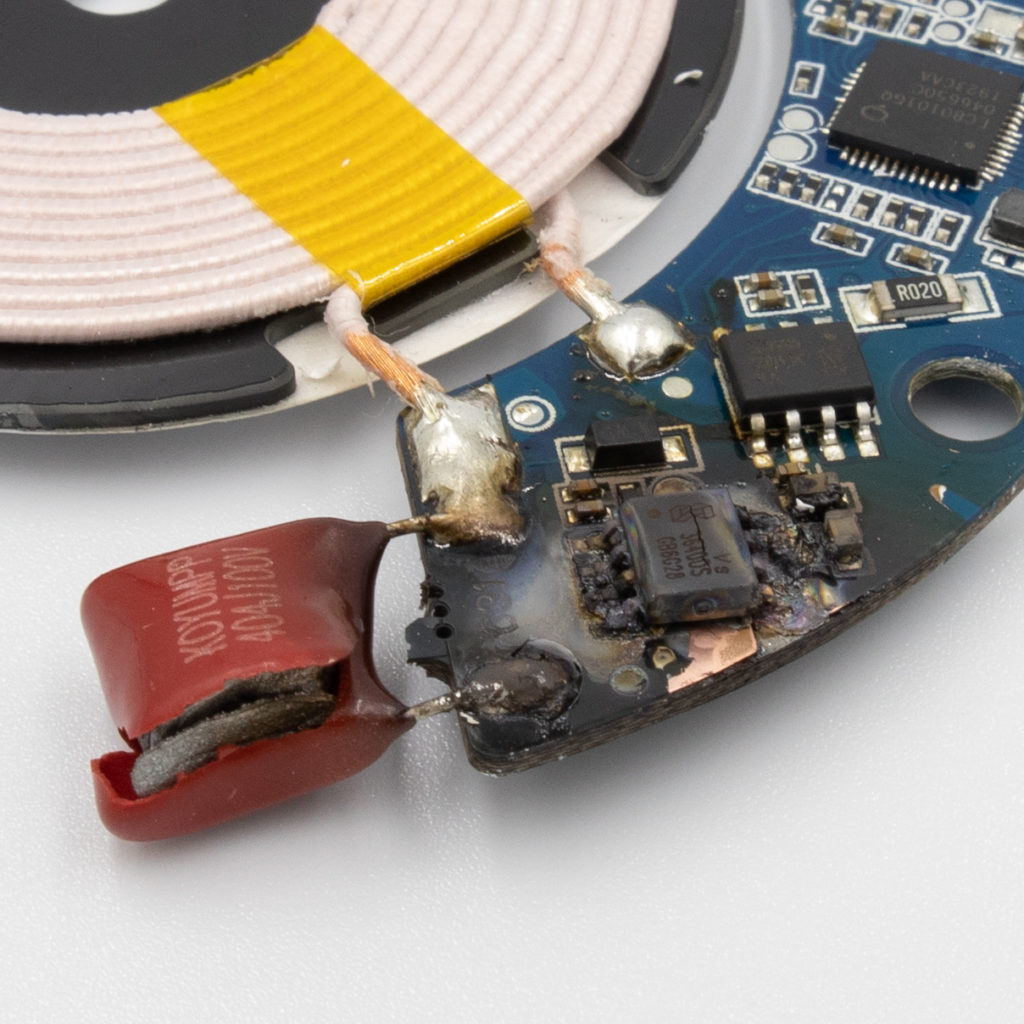 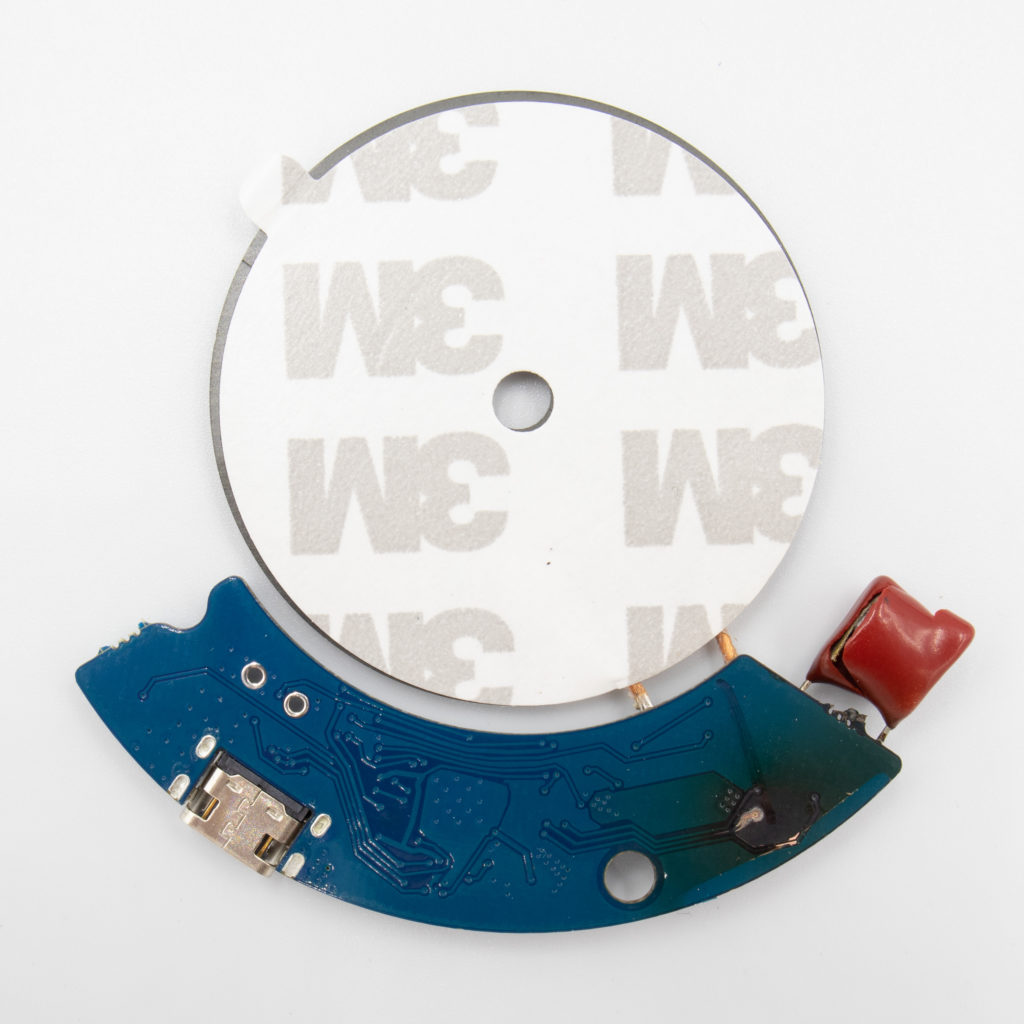 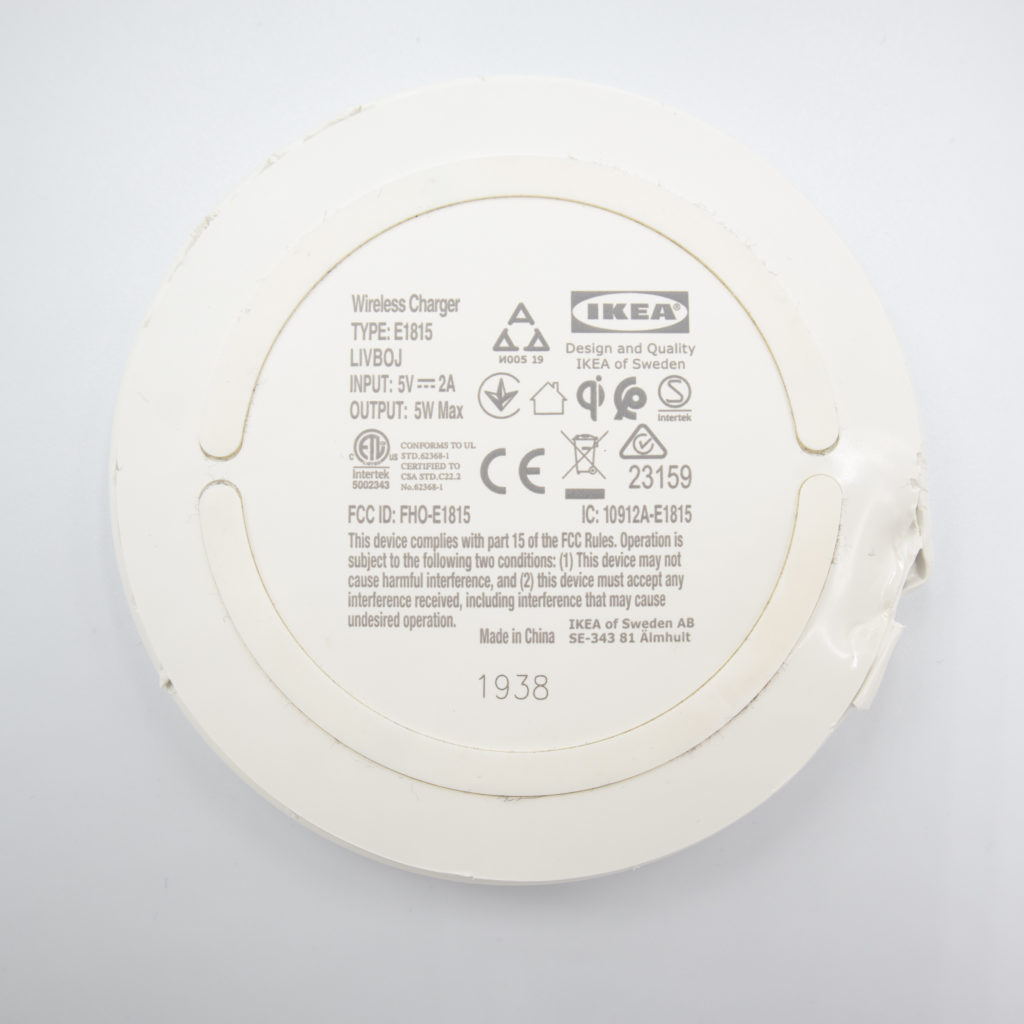 The component in crime is a polypropylene (PP) film capacitor with part number 404J100V, also found on Alibaba. To my experience and knowledge it is quite unusual for PP film capacitors to explode. What most likely happened is that the capacitor got internal short, which caused a short circuit between positive side of coil and ground. As you can see, the MOSFET next to it doesn’t look good either.

I know that this is the cheapest Qi charger one can possibly find, but such a fault that can potentially cause a fire was not expected. Surprisingly, I couldn’t find anyone else having this issue on Google in English. However, if one searches in Swedish, there are several people claiming that their charger has melted, look here, and here.

I could identify only two additional components:

The Qi charging controller seems to be a Chinese IC, that can only be found on taobao. I didn’t manage to find a proper datasheet, except for a screenshot of it.

I disconnected and opened up the charger before it burned. Plastic was deformed already. Looks like the MOSFETs is getting to hot for the plastic. Rest of the components looks still good, including the capacitor.

My charger recently died because that capacitor failed (looks swollen with a little bubbling on the side closest to the outer edge of the PCB).

My IKEA Varv (table lamp with QI-charger built in it) just started giving an awfull scent; it smells like burnt electronics.

IKEA said; the lamp is over two years old (I bought it around four years ago and used it as bedlamp), and two is as old as we guarantee it to be, so buy a new one.

Hello, my charger also burned. Today when I go to the room I heard some different noise, like coil. When I looked on charger plastic was melted and it was veeeerrryyy hot in touch.