Not sure if PCB business card is considered to be cool anymore, but here I am. This is a smart business card based on ARM Cortex M0 with integrated NFC. The business card is powered with the harvested energy from NFC communication. For the enthusiasts, JTAG and I2C interface is exposed in a breakout, which makes it possible to tinker and even use it as a development board.

It uses NXP LPC8N04, and features nine 0.4 mm slim orange LEDs for the light show and feedback. The MCU itself consumes only 900uA at 8MHz and 200uA at 1MHz. Given that NFC readers provide power continuously, there are many application that could be implemented on the business card. I haven’t came up with anything fancy yet, except for hooking up I2C sensors, and using LEDs and time interval that card is held against the NFC reader to change the mode of operation.

I have ordered the first Matte Black PCBs with 0.8 mm thickness and ENIG finish. I hope there is no need for the second revision. Enjoy the renders so far! Meanwhile, I will be setting up the IDE project and coding some basic operation. 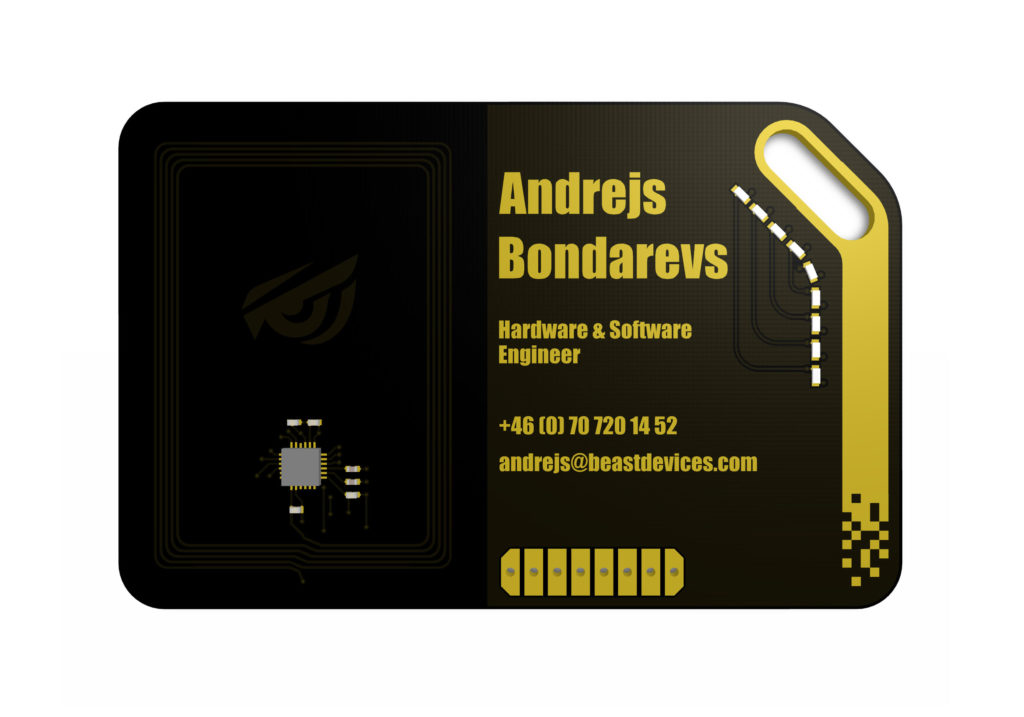 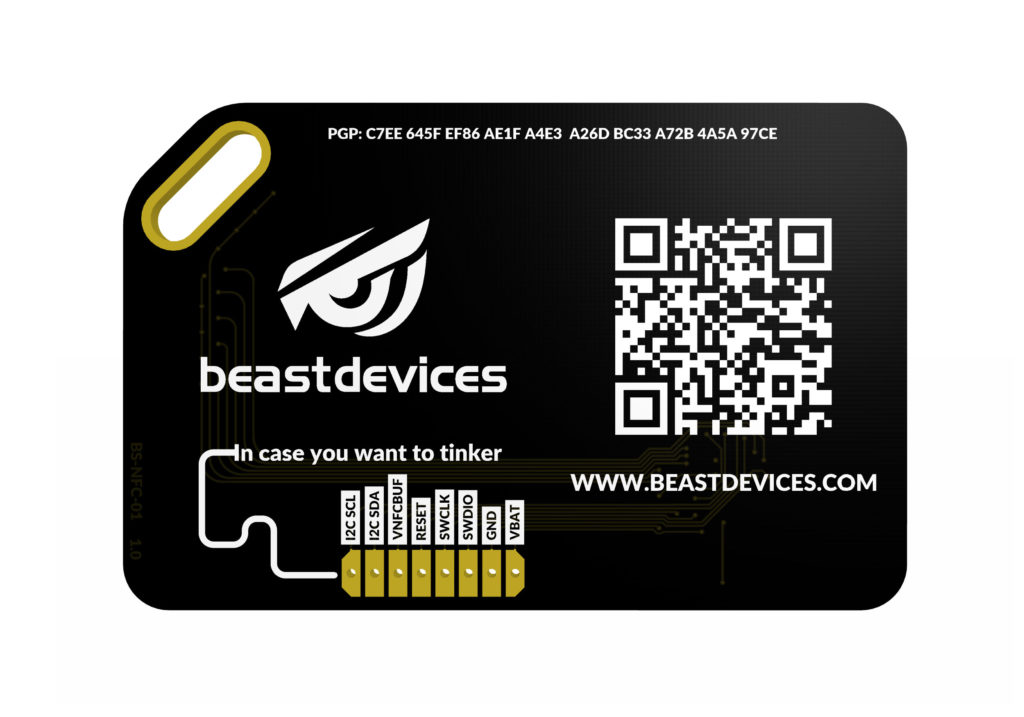 The PCBs turned out to be pretty nice, with a bit lower solder mask quality than expected. It was also really hard to take photos, because of how reflective the gold finish is compared to the matte solder mask. 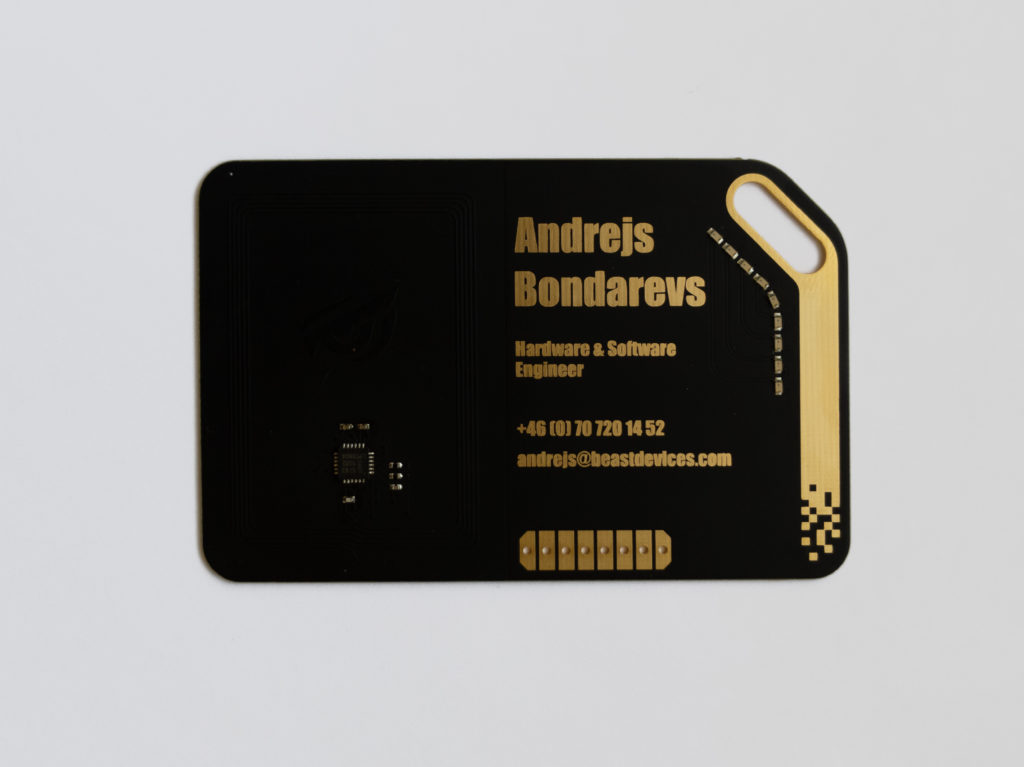 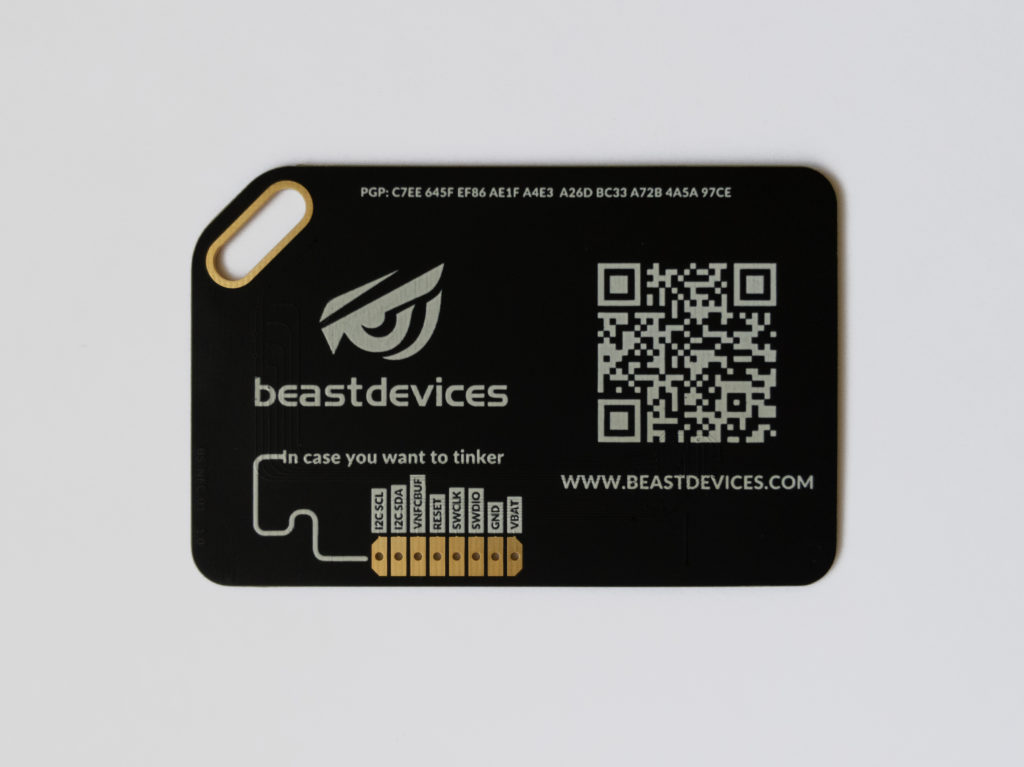